Hello Blog, man how do you start these things?

So its been 2 months and its about that time. As usual I have NO structure at all, its storming outside, its 10pm and ive not made dinner, lets do this.

For Starters I finished one of my grouped Earthbound Tributes. I always loved the ghost starman enemy and how it glowed on the outside outline. I wanted the battle to look like an actual battle in the Earthbound gang's robot bodies, while still maintaining that psychedelic look the battles had in game. 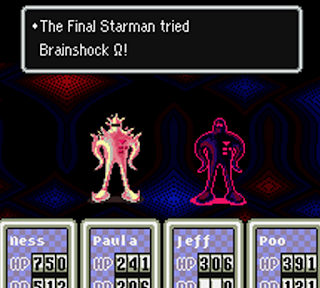 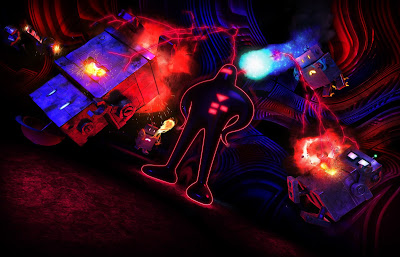 Its very disorganized and lots of color, but I enjoy what came of it. There used to be no ground which was way too distracting and you could not seperate the characters from the background. I also took a shorcut and edited one of the Starmans red bolts going through the comet like attack above his head. Poor planning on my part since I wasnt going to have a bunch of effects going on, but I wanted to try something new.


Im doing another Earthbound tribute, cause i swear i have an addiction.... This time of the antagonist Giygas. He is basically this red swirly demon thing, couldnt really tell you much more than that. 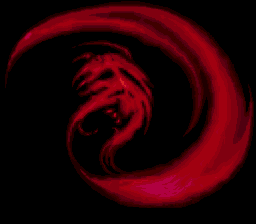 However I found myself struggling to get the look I wanted, because i am shooting for a more cloudy look. I almost want his face to be pushing out a shape from a dark red cloud. Of course when it comes to 3D art I have no talent in 2 areas, "Rigging" and "Special Effects" Clouds being Special effects, Im refreshing my college studies and tutorials to try and get things down. Ive put this project on hold, like many others to focus on some commissions I've received, but here is at least a preview. 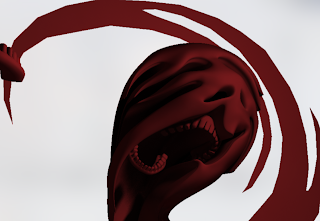 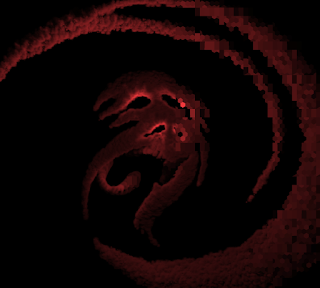 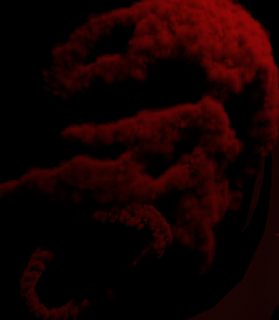 What to expect from me these upcoming months... How about some new 3D prints? Yes, I have a bundle of unfinished pieces from my last post that Im tweaking like the bottle opener or the missile toe. (Chirstmas is only 227 days away you know!) Mostly because Shapeways has a new colored material Id like to test out. Ive not seen any good comparisons online of their Colored sandstone and coated colored sandstone so i might just make a video and post that! I have a lot of 3D prints being mailed here but that will be a post of its own.

I did see Zootopia, and IT WAS GREAT! I had a friend doing some sort of dark magic called "Cosplay" and I went ahead and made them a Judy Hopps Badge. Made in about 3 hours, cause im a perfectionist I guess. 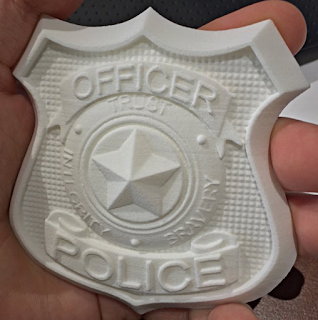 Just for kicks I did a cartoony self portrait, because as you know, one of the keys to being an internet sensation is having a cartoon self portrait icon! Wikipedia said that so it must be true. 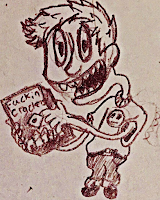 Ok for real this time 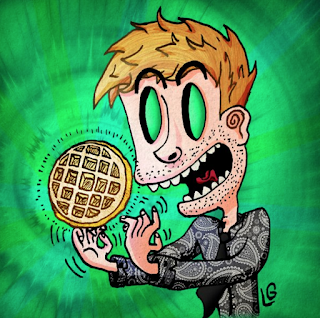 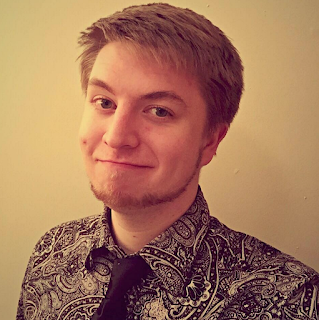 I have been tinkering with some Luke Gonet original ideas, might be posting some abstract things later. I also have this cat girl character i just cant get out of my head. Thought of her like a year ago but never really fleshed her out until recently. #inBeforeZootopia #CantDraw #CantArt #help 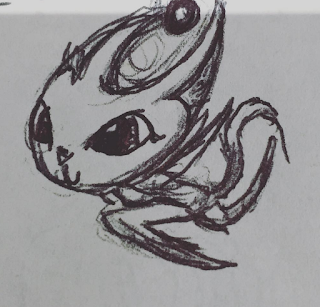 Cant quite find my first sketch of her, but this one above is the 2nd. 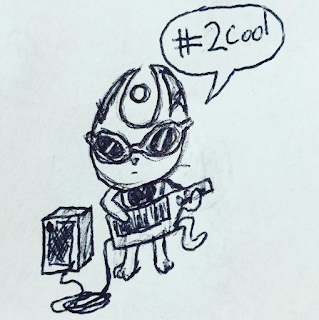 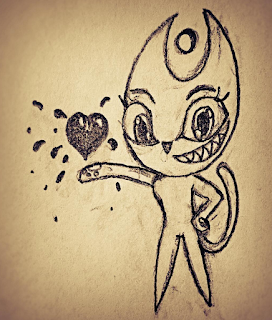 Stealing the hearts of her enemies... literally. Why does she need them? I'll tell you later 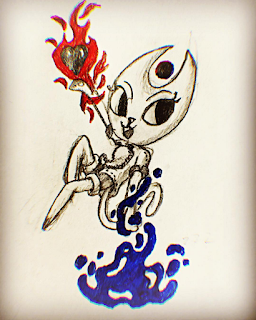 Most recently I made this sketch which I like the most for sure. More simple eyes, and super powers of course. I picture her doing avatar like stuff with elements. Ideally I want to make her in 3D but #1. I am a terrible rigger, and #2. I just am bad with characters, especially ones that are not hard surface. Id hate to get so far to only stop but i may ask for help down the road, who knows. Most certainly she will be drawn again, next time in high resolution!

I guess that is all. Just posted as many things that could come to my mind since i always forget to update here! You can follow me at my social networks blah blah LukeGonet.com Dont forget to tip your waitress and dont miss that new Steven universe episode tomorrow!! YEAAAH!!! 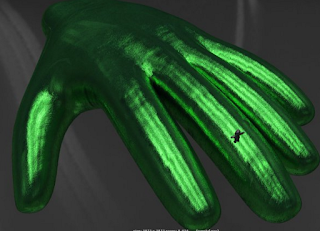